The only work of Czech modern architecture on the UNESCO World Heritage List.
This functionalist villa was built between 1929-1930 in the Brno area known as Černá Pole. The clients were the the Tugendhat couple (Greta née Weiss, 1903-1970 and Fritz Tugendhat, 1895-1958) who wished to live in
a "modern spacious house with clear and simple shapes". The result was (and still is) the most important European building by architect Ludwig Mies van der Rohe (1886-1969). He had to deal with the sloping land facing southwest that the building had available. The terrain, however, turned out to be an advantage, since it "directed" the architect to create a sophisticated layout for the house: The villa has three storeys; the main living space is on the second floor with a kitchen, room for staff, accessories, and a terrace and a winter garden. Below the living area is the basement with the technical equipment, while the third floor holds rooms, bedrooms and accessories. Because the villa is on a slope, the entrance from the street is on the top floor. From the street one can also walk onto the terrace. The house also has an apartment for a driver and a garage.
The stucco of the house conceals a steel frame and masonry bricks, while part of the construction is borne by a cross-plan of steel columns which pass (lined with chrome covers) through the main living space.
At the time, the villa cost an "unbelievable" five million crowns, a price corresponding to approximately ten "normal" rental houses.
Due to their Jewish origin, the Tugendhats had to emigrate in 1938 to Switzerland, then later to the United States. The abandoned villa was occupied in 1939 by the Gestapo. At the end of the war, the house, especially its interior, was damaged by the Soviet Army. From 1945, the villa served various purposes, including a dance school and a children's rehabilitation center. In the 1960s, construction work finally commenced on the rescue and restoration of the villa, then in 1963 the building was declared a cultural monument. In 1970, work began on restoring the garden. The years 1981-1985 saw a major reconstruction of the monument. In 2001, this famous building by Ludwig Mies van der Rohe's became a UNESCO World Heritage Site. As of March of 2012, the monument reopened to visitors after a 2-year renovation and restoration process. During an extended sightseeing tour, visitors can explore the remarkable technical floor of the house. The exhibition dedicated to the villa presents the architect Mies van der Rohe and the family life of the Tugendhats. 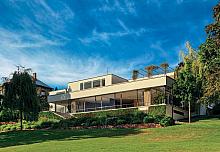 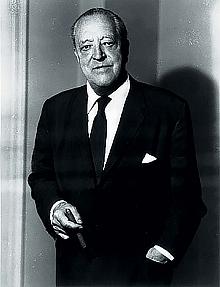