The oldest surviving secular building in the city is the Town Hall building, located on Radnická Street which connects the Vegetable Market and Freedom Square. It served for the management of municipal affairs from 1373 to 1935 (!). The councilors then moved to the nearby Provincial House, which has since come to be known as the New Town Hall (Nová radnice) while the former administrative building became the Old Town Hall.

The oldest part of the Town Hall, a single-story house with a tower, dates back to 1240. In the early 15th century, the Town Hall was expanded with another building with a chapel. Other buildings (e.g. the prison) were gradually added over the 15th and 16th centuries. In 1577, the tower was raised and fitted with an observation gallery. In the early 18th century, the prison received an additional storey. The last significant modification was another addition to the tower (raising it five meters) in 1905.

One of the most remarkable parts of the Town Hall is the stone portal, created in 1510-1511 by architect Anton Pilgram (1460-1516). It consists of five pinnacles, slender pyramids whose edges are set with “crabs”, and its finial is fitted with a crossed flower; this was a popular element of Gothic architecture which was supposed to emphasize the vertical dimension of the building. 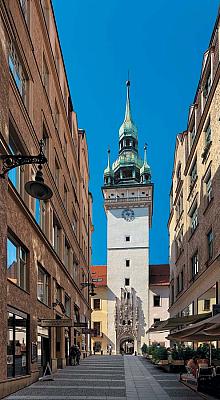 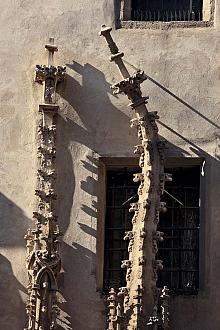 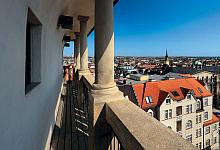