The observant visitor to Brno might notice that most of the medieval architectural monuments are churches. This is because it was the churches in particular that, with some exceptions, survived the large redevelopment and transformation of the city in the late 19th century. In 1853, the fortification walls around Brno were demolished and the city could now begin its transformation into a modern metropolis. Roughly the last 20 years of the 19th century and early 20th century are referred to as the Brno redevelopment, during which old houses were demolished and the narrow streets between them disappeared, replaced by newly built and generously proportioned neighborhoods with wide avenues.
After the establishment of independent Czechoslovakia, Brno integrated the previously independent townships to create a city with a population approaching a quarter million. It was good fortune that the post of chief municipal engineer was held by the young and forward-thinking architect Jindřich Kumpošt who invited other modern-minded colleagues to Brno, among others, Bohuslav Fuchs (1895-1972, author of the Avion Hotel and the Zeman Café). Brno functionalism (and, naturally, not only Brno's) is a chapter unto itself: this is a style that not only considers the appearance and ostentation of the house, but thinks of how its inhabitants will live and how pleasant it will be to enjoy. The most famous building of this type is the Tugendhat Villa by the German architect Ludwig Mies van der Rohe, inscribed on the UNESCO List. Other "functionalists" left their indelible mark in the city as well – the architects Josef Kalous and Jaroslav Valenta (authors of the Exhibition Center), Dušan Jurkovič (Jurkovič Villa), Ernst Arnošt Wiesner (city crematorium, Stiassni Villa), Josef Polášek (general and burgher school) Jiří Kroha (Patočka Villa, Nový Dům colony), Jan Víšek (Jan Hus Czechoslovak Church), Jindřich Kumpošt (Jan Nekvapil Savoy café), and many others. We'll explore some of these projects in more detail in the next chapter. 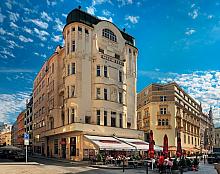 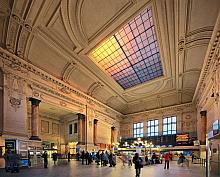 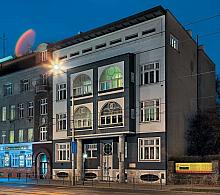 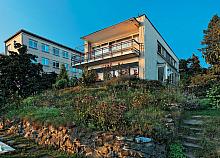