The first Capuchins in Brno appeared only a few years after the arrival of the order in Bohemia, and they started to build their monastery as early as 1604. The monks had to leave it in 1645, however, when the Swedes seized Brno and all the buildings outside the town walls were torn down. From 1648, however, they gradually bought ten houses on the former Coal Market (now the Vegetable Market) to obtain a large enough land tract upon which in 1651 they completed the construction of a three-wing complex of monastic buildings (designed by Ondřej Erna). Later the monastery church of the Finding of the Holy Cross was completed. The monastery and church were built in the spirit of the principles of the Capuchin Order – a return to the poverty and simplicity of the primary apostolic church.

For an eerie experience, take a tour of the Capuchin monastery crypt, which was used as a tomb for members of the Franciscan order from the mid-17th century. It consists of six rooms which were created by modifying the cellars of the original houses on the site of today's monastery. The sophisticated system of vents in the walls of the tomb allowed the deceased bodies to be dried naturally and gradually, thus mummified without any embalming. Today, 41 of the original 205 people who were buried in the crypt have been preserved. It was used as a tomb until 1784, when Emperor Joseph II banned this method of burials. 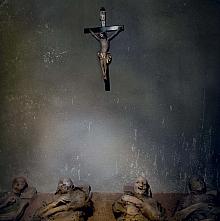 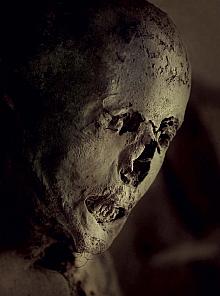