The Brno Reservoir is a favorite place for rest and recreation, and not just for the Brno locals (in Brno Hantec slang, known as Prigl or Prygl). Its easy accessibility (the reservoir is only about a 7 km beeline from the center of Brno), wide beach with easy access to water, and the beautiful surroundings formed by the natural park of the Podkomorské forests attracts visitors for swimming and water sports as well as for pleasant walks and bike rides. This corresponds to the wealth of guest houses, hotels and restaurants. At the beginning of the reservoir, moreover, is another popular tourist destination – the castle Veveří (see below). A popular bathing spot on the right bank is Goat Hill for its large beach and slow walk out to the depths. You can also rent small boats and pedal boats.
The Brno-Bystrc district, Brno's largest, is a favorite location for locals because of its attractive location near the reservoir as well as for its rich program of recreational activities and its natural location for a peaceful and comfortable life. In Bystrc, near the reservoir (below Mniší mountain) there is a zoological garden breeding over 210 animal species over an area of 65 hectares (www.zoobrno.cz). It boasts such breeding successes such as the first reared polar bear cub and chimpanzee.
The reservoir on the Svratka River was completed in 1940 and was named Kníničská according to the nearby village of Kníničky. Construction costs amounted to almost 60 million crowns at the time. After World War II, the reservoir began to function as a recreational area, and cruise boats operated from 1946. In the 1950's, cottages, hostels and hotels began springing up on its banks, and the recreation business is still growing. In 1959 the name was changed to the Brno Reservoir.

Every year in late May and June, the reservoir serves as a venue for a spectacular fireworks show accompanied by music – the Ignis Brunensis, during which special fireworks are launched from a pontoon floating on the surface of the lake. The best place to watch the fireworks is the beach between the Rakovec and the Bystrc ports. 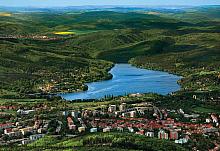 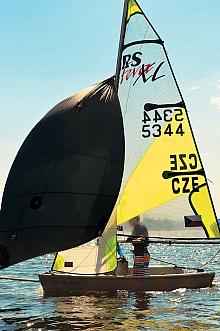