Another of Brno's important monasteries is the Augustinian monastery dedicated to the Annunciation and St. Thomas. It was founded in 1356 and soon became a center of culture and science. In 1752 the monastery was elevated to an abbey, but in 1783 by decree of Emperor Joseph II the monastery residents had to move to the Cistercian monastery in Old Brno, which is the present seat of the abbey.
The monastery also includes the Gothic Basilica of the Assumption. It was built in the 14th century on the site where originally (probably from the 10th century) a Roman church stood. The building was made of bricks with minimum use of stone. It stands on a cross-shaped layout – two perpendicularly intersecting naves. Even this church underwent Baroque alterations, but these are reflected mainly in the interior. It includes, among other things, a silver altar from 1736 which is considered the most valuable silversmith work in Moravia. 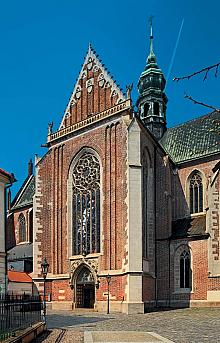 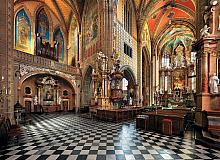 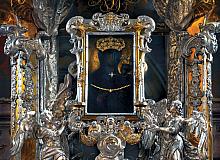