This is probably the most important square in Brno and is the imaginary center of the city. In the past, it was known as Lower Market or the Great Square. It has a roughly triangular layout and was first mentioned in the 13th century. Even in the Middle Ages, this was considered "uptown", where rich burghers and noblemen built their stately homes.
The last major reconstruction of the entire area took place in 2006. 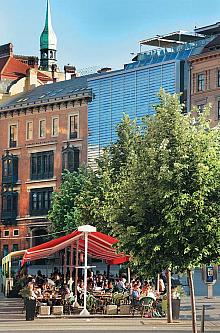