This is located on the Dominican Square near the New Town Hall. Its history is closely connected with the Dominican monastery – the Dominicans received the small church of St. Michael, then later enlarged it, and even later rebuilt it in Gothic style. In the Middle Ages, the church fulfilled an important function – the provincial estates launched their councils here, and the Moravian Margraves received their official positions here. The church was destroyed during the siege of Brno by the Swedish army in 1645, then it underwent a Baroque reconstruction under Jan Křtitel Erna from 1658 to 1679. The church has been preserved in this form to the present day. The church is accessible to the public only during the holy mass. 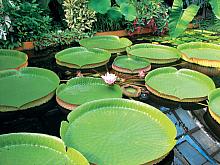