This late Gothic Church on the
St. James Square was first cited in 1228 in a document of Přemysl Otakar II, still as a Romanesque building. It was replaced by a High Gothic construction in the late 13th and early 14th centuries. In 1515, the church burned down, and its renovation took nearly all the rest of the 16th century. In 1592 the tower was completed, reaching an impressive height of 92 m.
The church's altar gallery holds the mausoleum of General Jean-Louis Raduit de Souches (1608-1682), the chief commander of the city's defenders during the siege of Brno by the Swedes in the Thirty Years' War. 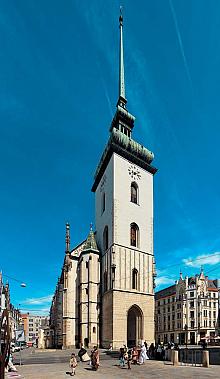 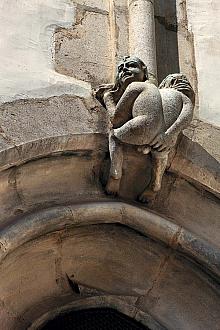